A One Minute Video Recapping
The Debut 2020 Performance

The Soul of Rock ‘N’ Roll is a dramatic musical (with a dash of comedy) about the origins of the music that changed the world. Within the musical, the influence that gospel, blues, jazz, and rhythm & blues had on Rock ‘N’ Roll was explored in an entertaining, educational and historical format.

The Soul of Rock ‘N’ Roll premiered on Saturday, January 18, 2020 and Sunday, January 19, 2020, during the Martin Luther King Jr. weekend celebration. Chris Wallace, co-owner of the Las Vegas Kings Arena Pro Football Team, welcomed more than 800 people who attended the two-day event with a standing room only crowd on Sunday. The comments and reviews were amazingly positive for this record breaking event in which a musical production brought in full capacity crowds into Clark County Library’s 400 seat theater on both days.

Playwright, Dr. Kristy Brooks received a “Certificate of Recognition” from the United States Congress, Susie Lee, District of Nevada, for “the Soul of Rock N Roll for sharing the story of some of the iconic songs and musicians in our country”. That certificate, the partnership with the Las Vegas–Clark County Library District, four sponsorships, along with three grants – Nevada Arts Council, Nevada Humanities and the Walmart Community Grant – that she wrote and received, demonstrates her hard work and determination to share this message with the world.

~ Be Part of Impacting Communities ~ We did it

The Soul of Rock ‘N’ Roll stands to have a lasting impact on its audiences through historical truths, debunking stereotyping, combating racism, and showing that every person is valuable.  To change the world, we must first take up the charge of changing ourselves. The more knowledge and understanding we gain, the more love we have for humanity, the more we can bring changing viewpoints, minds, hearts, souls and actions to create peace in the world and establish a brotherhood for all humanity.

Multiple themes and subplots of identifiable struggles in life were explored thru the weaving in of the rock and roll history.  Thru the thread of the life struggles of the protagonist (a rock and roller), we experienced an aspiring artist overcoming obstacles to find success; turning tragedies into blessings; faith and believing in oneself; dreams do come true: the phoenix of the underdog; how music changed the world and impacted civil rights when all races came together and danced to the same tune.

The Soul of Rock ‘N’ Roll stands to be an instrument for good by bringing about peaceful unification to all who witness the musical.  The original songs were the icing on the cake to the entertaining and historically rich content.  The historical scenes of 60’s Woodstock and the 70’s Soul Train memories served as a perfect backdrop for the musical messages and upbeat rhythms

~ A Call to Action ~ Fulfilling the Vision

The Soul of Rock ‘N’ Roll was enriching, educational, inspirational entertainment for the entire family—all ages and all cultures were enthralled, excited and uplifted by the time the curtain fell on the final act.  Audiences gained knowledge of the Civil Rights struggles. Audiences realized that there is no such thing as an insurmountable obstacle in life by witnessing the trials and tribulations of the life led by Kristy Love (the musical’s main character) as she struggled for success in her career, for love in her personal life, and by breaking barriers through her music and her love for humanity.

Kristy Love Brooks, in association with Love Star Enterprises Inc., decided that the debut performances of The Soul of Rock ‘N’ Roll would be presented as a gift to the community of Las Vegas, Nevada, where she performed for over a decade at the World-Famous Sahara Hotel and Casino on Las Vegas’s renowned Strip.

Now it is ready to begin the work fulfilling the vision to spread the messages in the play throughout the world. We will first work to perfect the stage play.  Then we will produce the film. This is a huge task, but it is one within reach. There have been challenges, but despite the obstacles, the faith and relentless determination produced a true success story as in the play ‘art reflects life’.

There is a force behind this musical works that wants to propel its powerful message forward and it is unstoppable.

* Be a part of this community event though corporate or company sponsorship, or through individual contributions *

Contact us using the form below so that discussions concerning sponsorship and mutual benefit may be initiated. Individual donors may contribute via their Pay Pal account or by credit card using the secure “Donate” button below:

A lifelong performer; vocalist for The Platters; former instructor at The Art Institute of Las Vegas; Kristy created the script and music of The Soul of Rock ‘N’ Roll as part of her humanitarian goal to uplift the human spirit.

Her passion for the performing arts and dance have shone internationally, from Japan, Bermuda, Scotland, North America and more. She holds a Bachelors of Fine Arts in Dance from Seattle's Cornish Institute of Allied Arts.

Kristy is a talented and seasoned performer who never quite achieved stardom. She's intelligent; possesses a sense of humor; has love and empathy for humanity; appears strong but is actually vulnerable and very sensitive. Her dream to become a star remains intact.

Diva is a member of the girl group the Sundettes, but as leader of the group she tends to dictate the other two girls with her finger snaps and "bell ringing" modus operandi. While she might seem to have a strong sense of self, at her core she feels she is better than the other girls.

Sweetie, as her name suggests, is a sweet person. Her emotional honesty and kindness is exploited by others. As a member of the the Sundettes, she is constantly hounded by its leader: Diva. Sweetie eventually puts an end to Diva's harassment without losing her sunny disposition.

Sassy is a nice person and helpful (which is taken advantage of) within the girl group, the Sundettes. Sassy possesses a sharp tongue and is somewhat cunning and self-adsorbed. She wants to have things done her way and has ambitions of becoming the Sundettes' leader.

Tony is a handsome, charismatic, dignified man and a U.S. soldier. He was involved in a past relationship with Kristy. Tony is the ultimate gentleman: always proper, completely chivalrous, and extremely attentive. Even though Tony is in his fifties, his appearance defies his age.

Romeo is ladies man: handsome, suave, charming. Most of the time, he has a big grin of mischief. He is preoccupied with women and constantly chases after them with blind abandonment. When women become serious with Romeo, he runs away. He avoids falling in love.

Freddie B
As Frank

Frank is bi-lingual; at times he will speak Spanish. He is talented and intelligent, but also haughty, with an air of superiority. He often corrects people while acting as if he knows everything. He boasts about his Puerto Rican roots (from his mother’s side of his family).

Chaz is a charmer who breaths life into any party with his pranks and devilish insults which he delivers with humor. People are usually amused by Chaz's absent of malice behavior, but he does get on peoples nerves which he dismisses until the tables are turned on him.

Ben is a nice guy who endures harassment from Chaz who is constantly mocking and belittling him. Ben suffers from low self-esteem and is easily influenced; he is viewed as a pushover person. But Ben is actually quite smart, possessing a vast knowledge of historical events.

~ Edwin triples as announcer ~ Michael is jovial but flighty (as in The Fresh Prince of Bel-Air's Carlton); he's always spinning around, dancing, laughing, and bringing excitement to the dressing room and the stage. He's not taken seriously by the band, but is embraced.

Lucky has a country charm and an outgoing personality. He speaks with authority but is malaprop-prone; he misuses words, as in "dance a flamingo" instead of flamenco, or "Jesus healed leopards" instead of lepers. His confidence when speaking adds to the amusement. 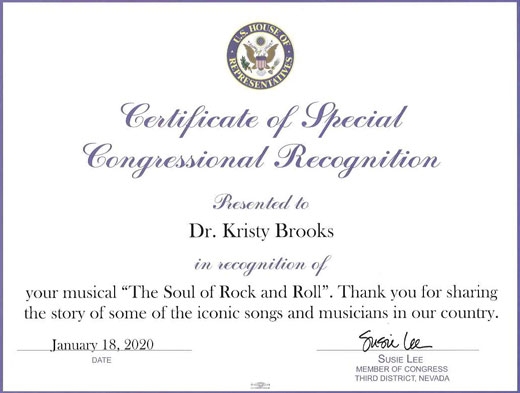 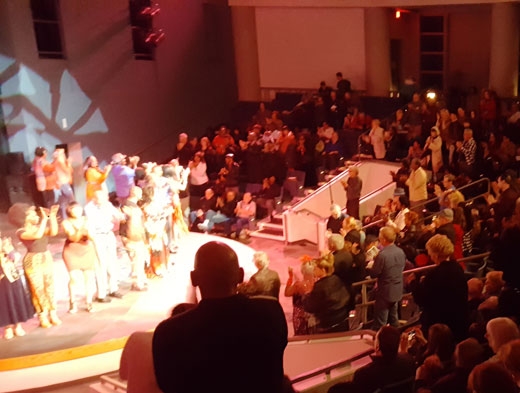 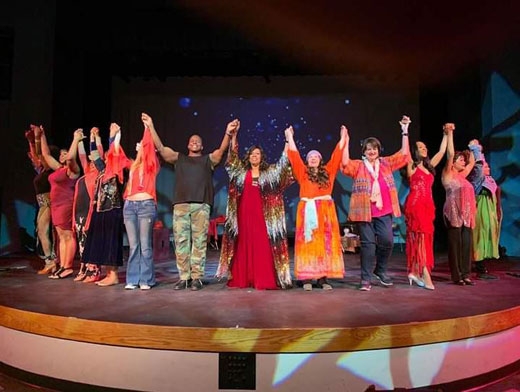 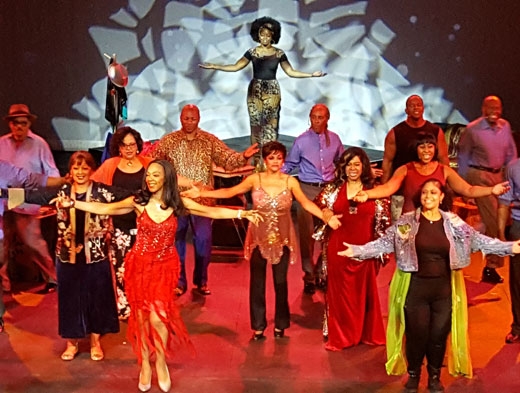 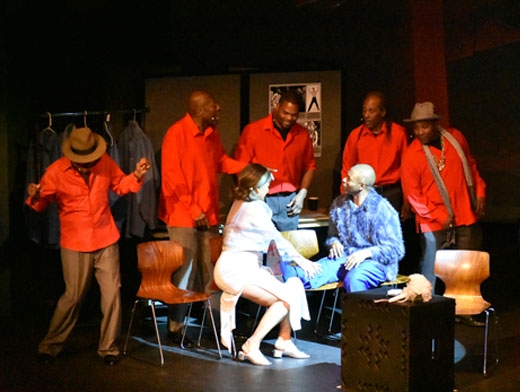 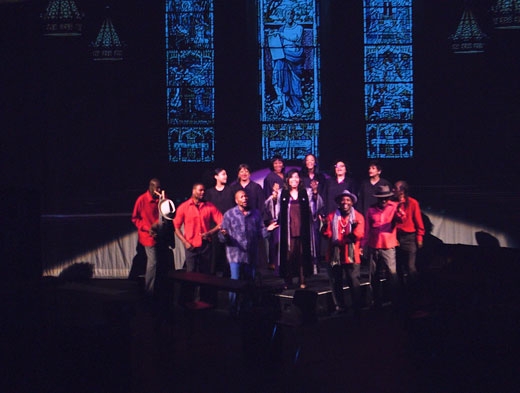 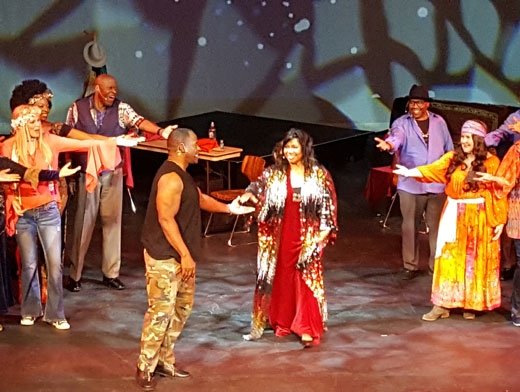 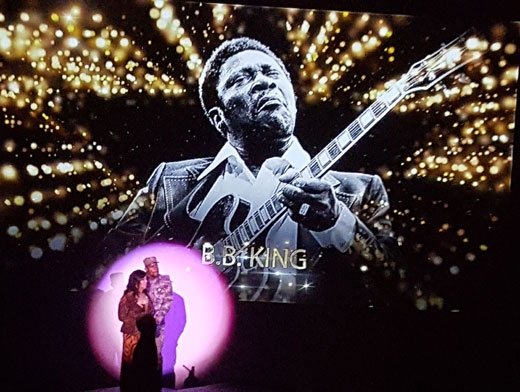 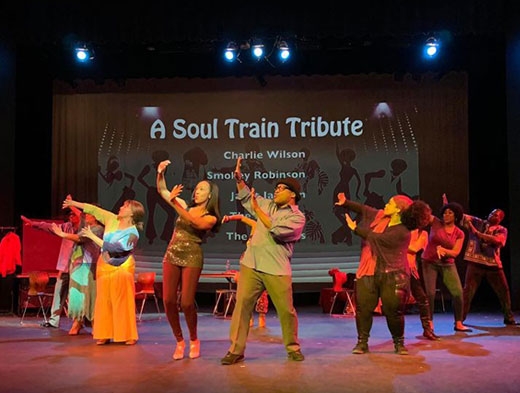 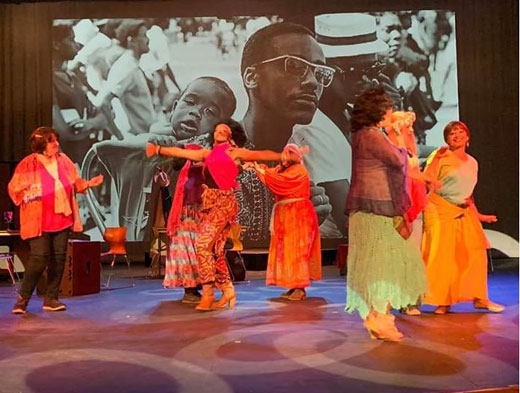 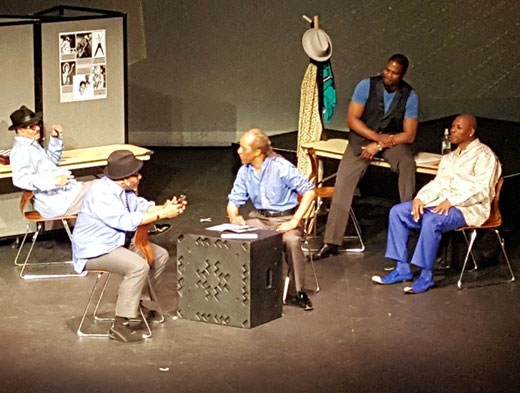 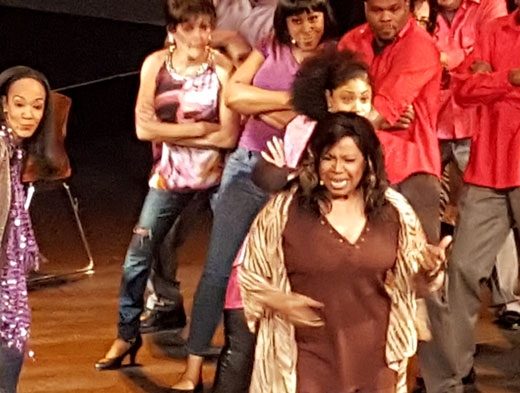 For sponsorship opportunities or any other inquiry, feel free to get in touch!
Just fill in the form below and click “Send.”